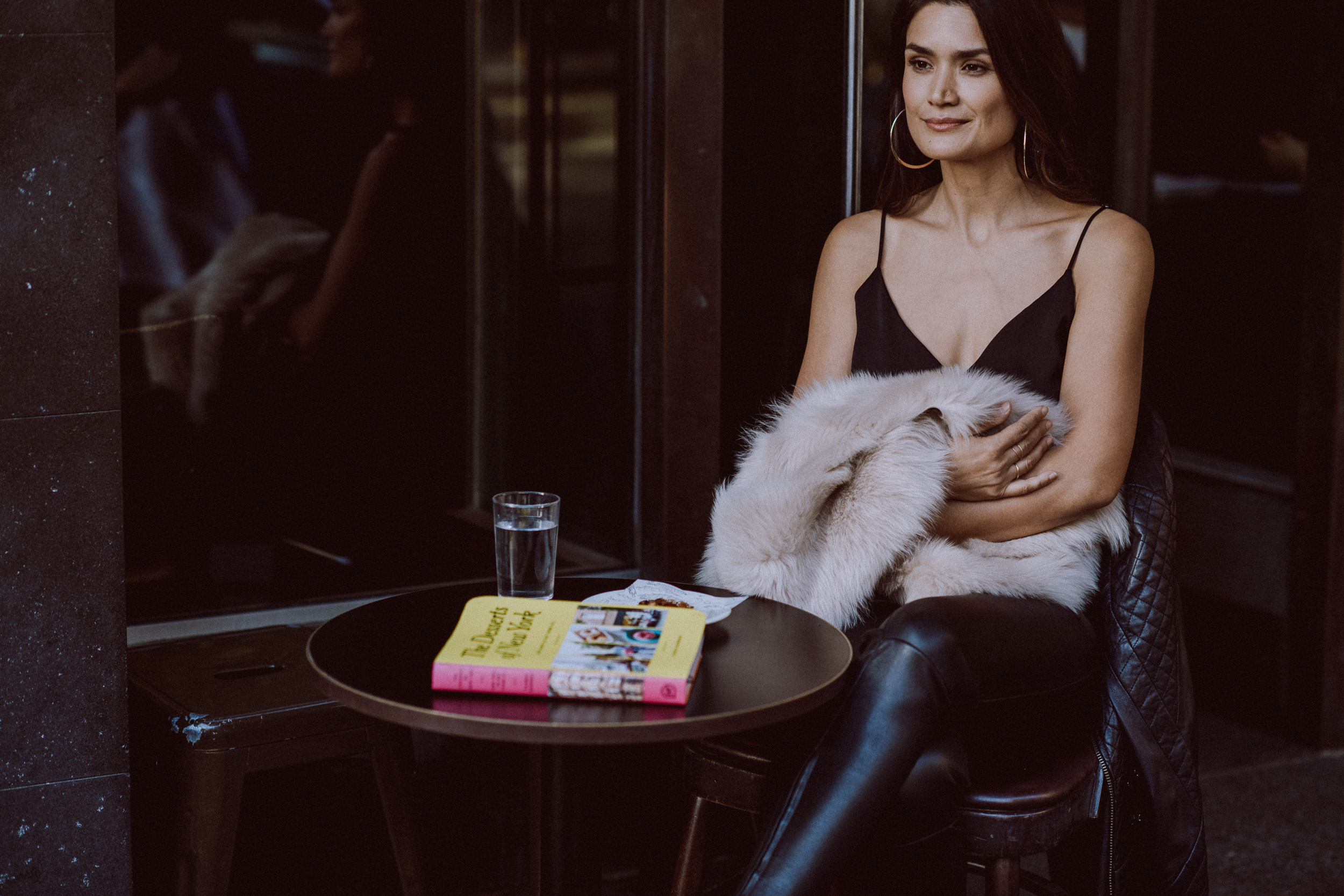 Crack pie and cookie shots, pork barbecue and adobo – food and travel writer Yasmin Newman explores stories and culture through the prism of food. We joined the second time author for a chocolate croissant and a good, long gab about her new book The Desserts of New York (And How to Eat Them All), life on the coast and her creative process.

Scroll down to read Yasmin’s story in the third instalment of our series of the inspiring #womenofwest14th. 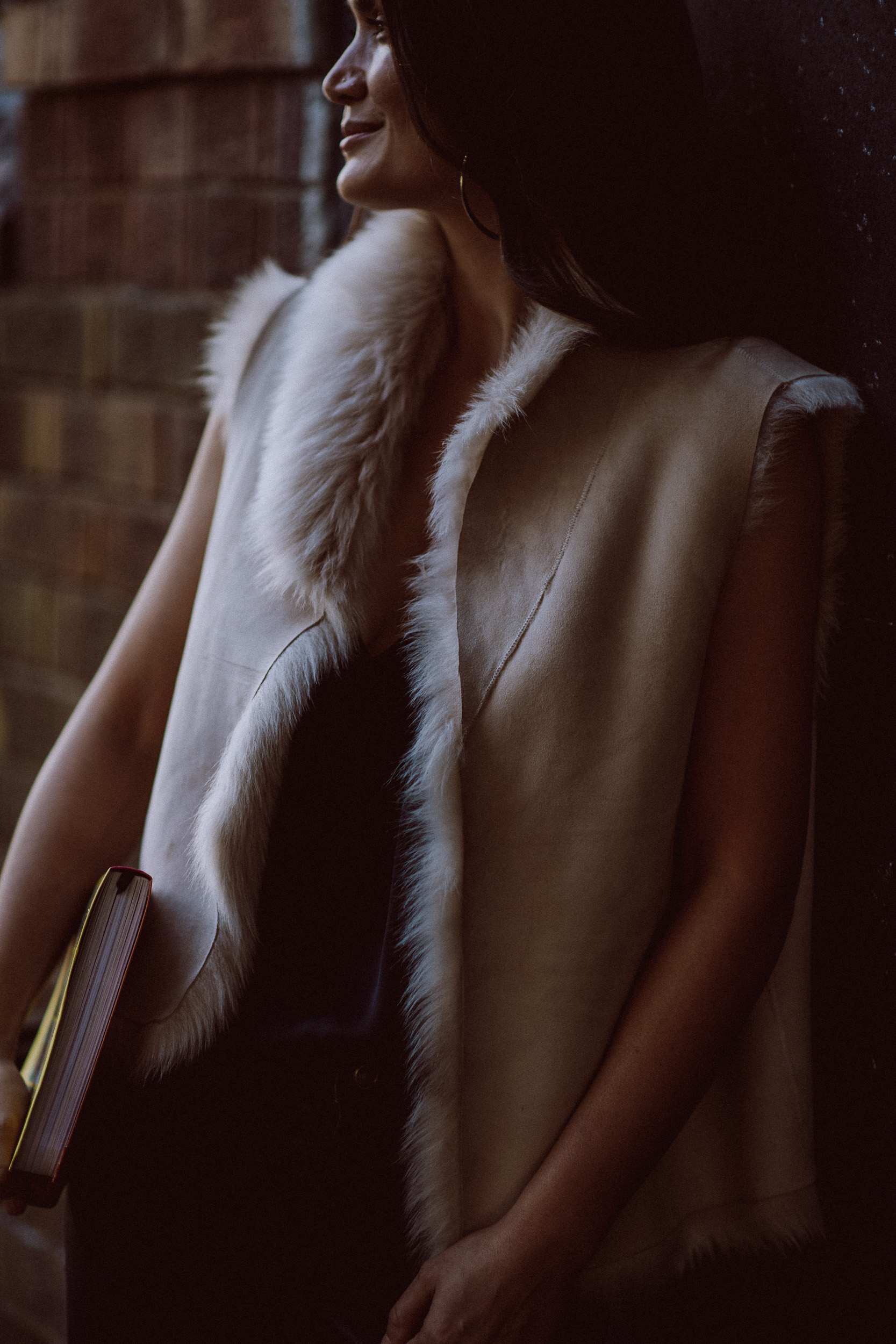 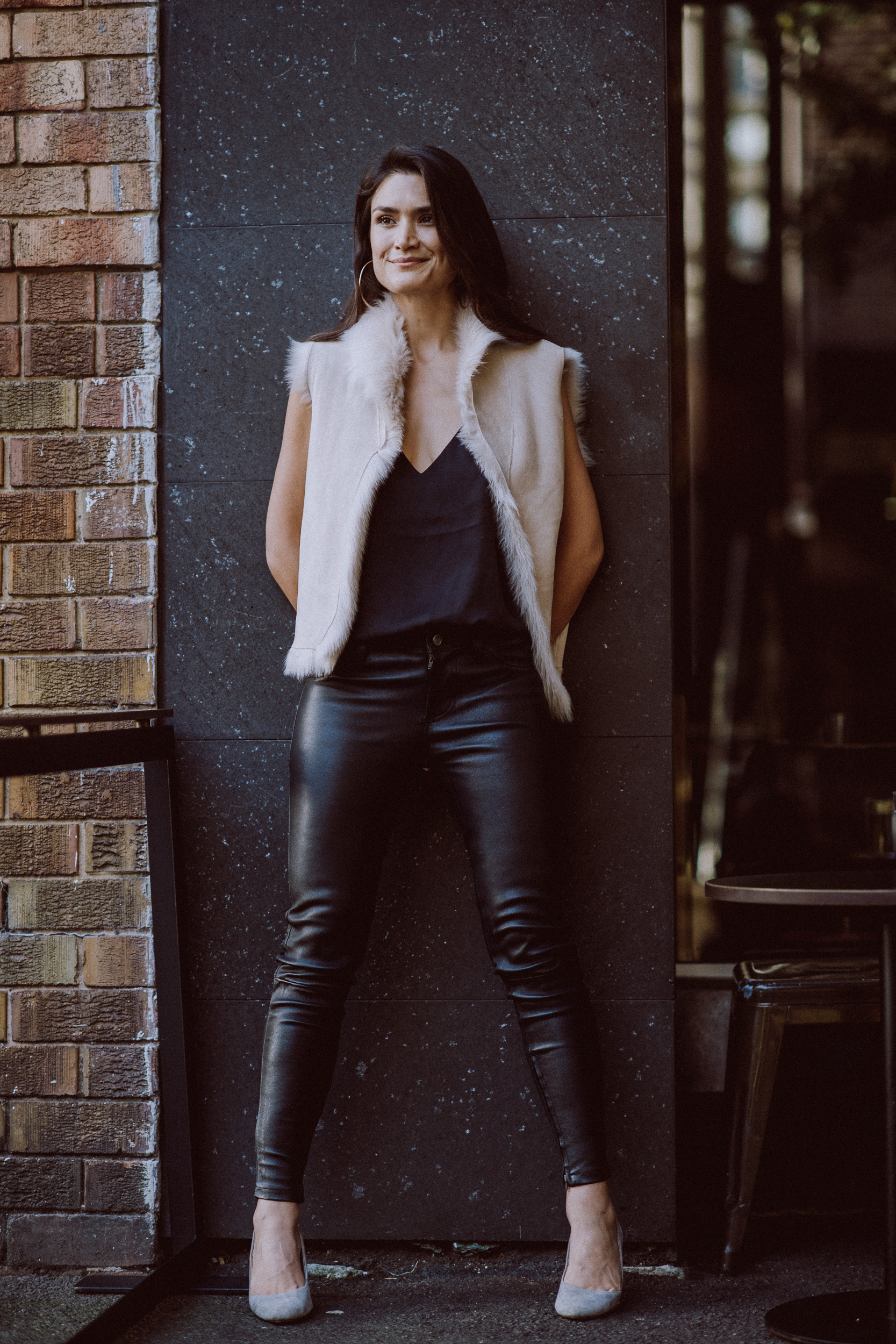 You began your career writing for food magazines, with a dream of making cookbooks. Where did that interest come from?

I’ve always been interested in telling stories. While I originally thought I’d do that through documentary film making I found that I didn’t really like working on the production side of television.

Feature writing had also been an interest and I had an opportunity to work with a start up publication in LA. True to Los Angeles form, if you have desire, enthusiasm and exhibit a talent you can do anything. Through that process I got the opportunity to help launch the magazine and write about food.

When I wrote my first article I couldn’t believe that people got paid to write about food! There was a huge subculture in food but it was pre MasterChef and it wasn’t the phenomenon it is now. I found enjoyment in the beautiful meal I was writing about but more than that, food became a prism through which to explore stories and culture. Finding out what food can tell you about a person or place – that’s always been my driving force.

Cookbooks provide such a rich experience. Visually, the narrative, the taste. I’m half Filipino and very proud of my heritage. We travelled back there regularly and as a kid, without any knowledge of history or politics, food became a way to understand the country. My experience was shaped by the dishes we were eating. I think that’s why I’ve been so interested in food in my adult life. 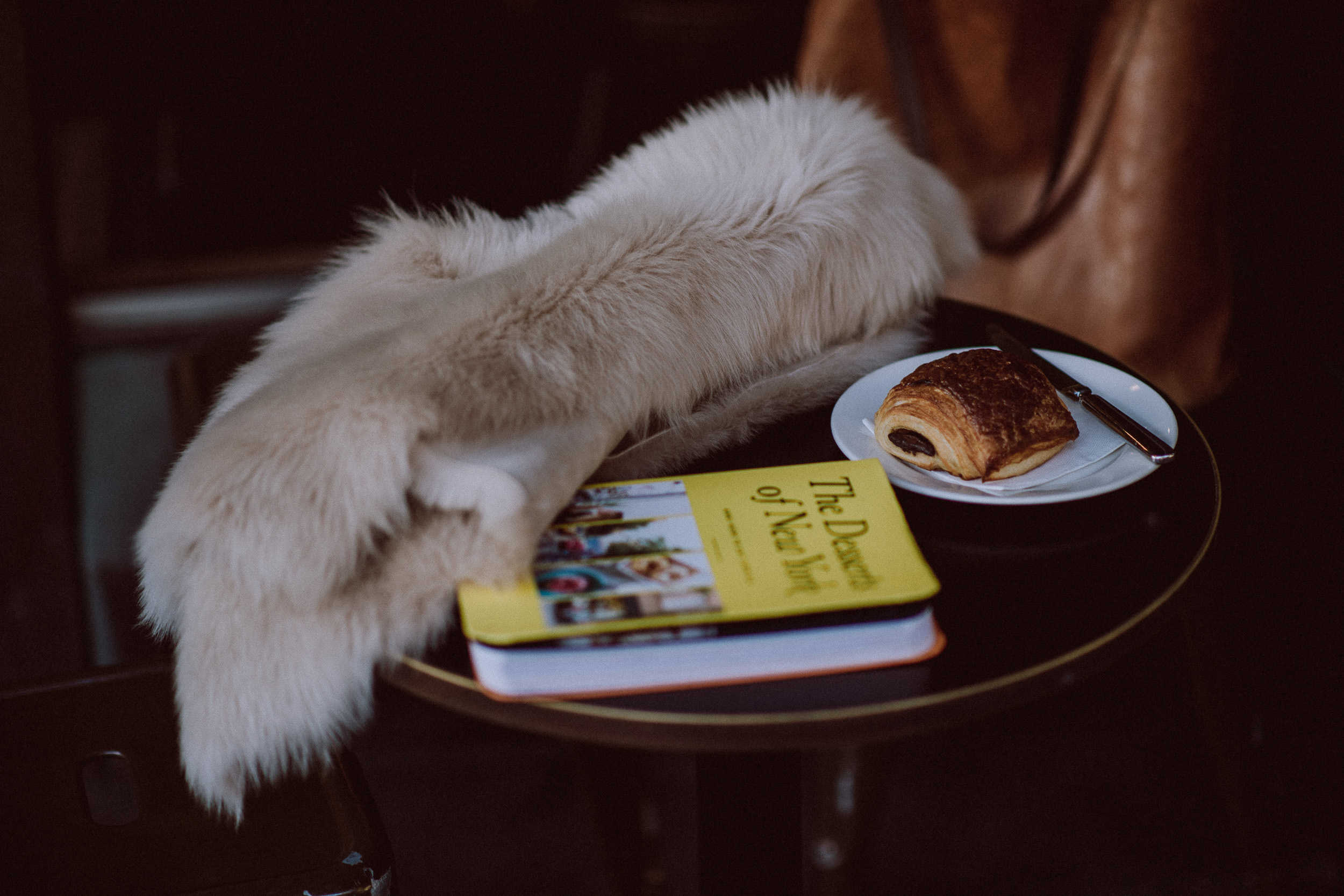 “I found enjoyment in the beautiful meal I was writing about but more than that, food became a prism through which to explore stories and culture.” 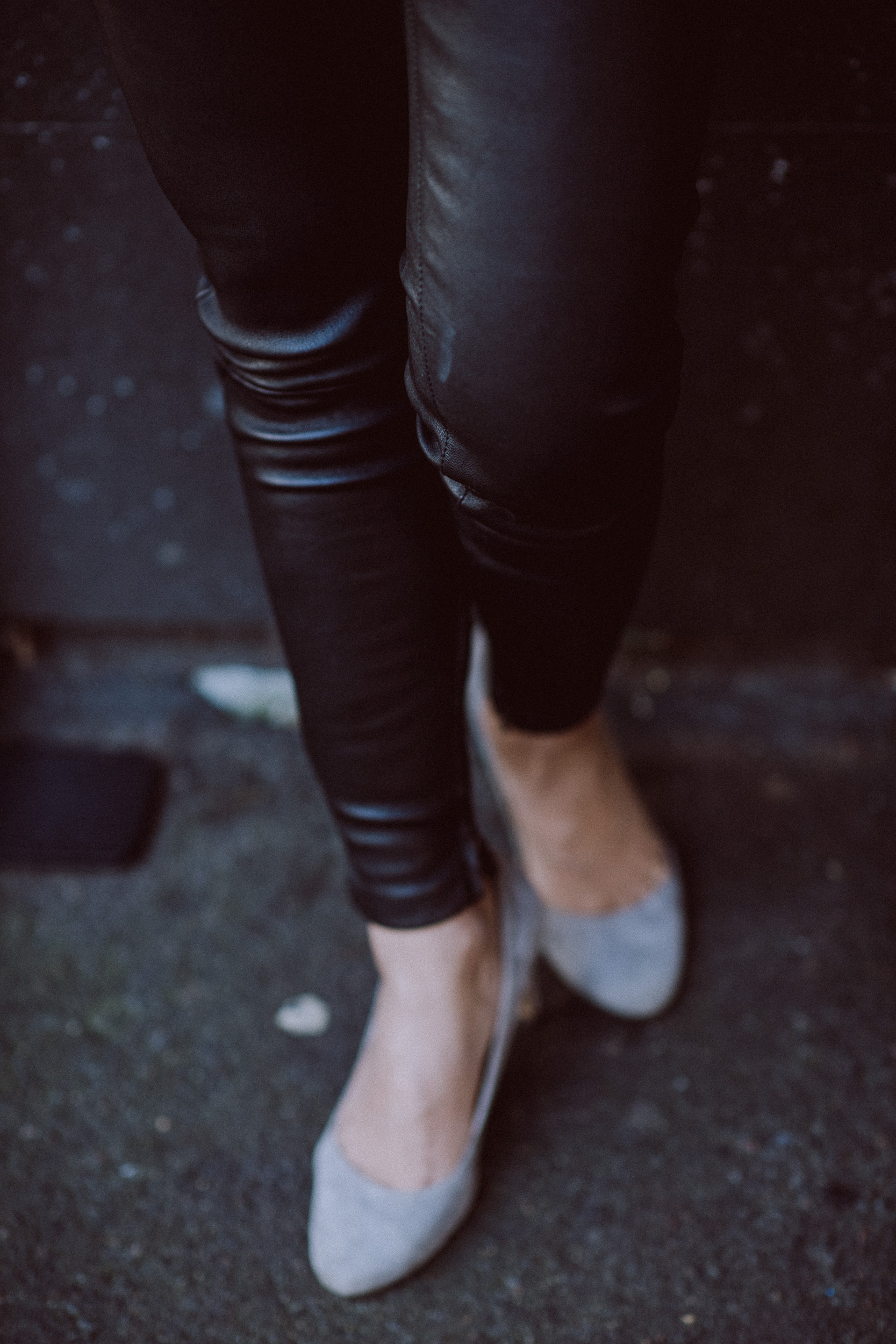 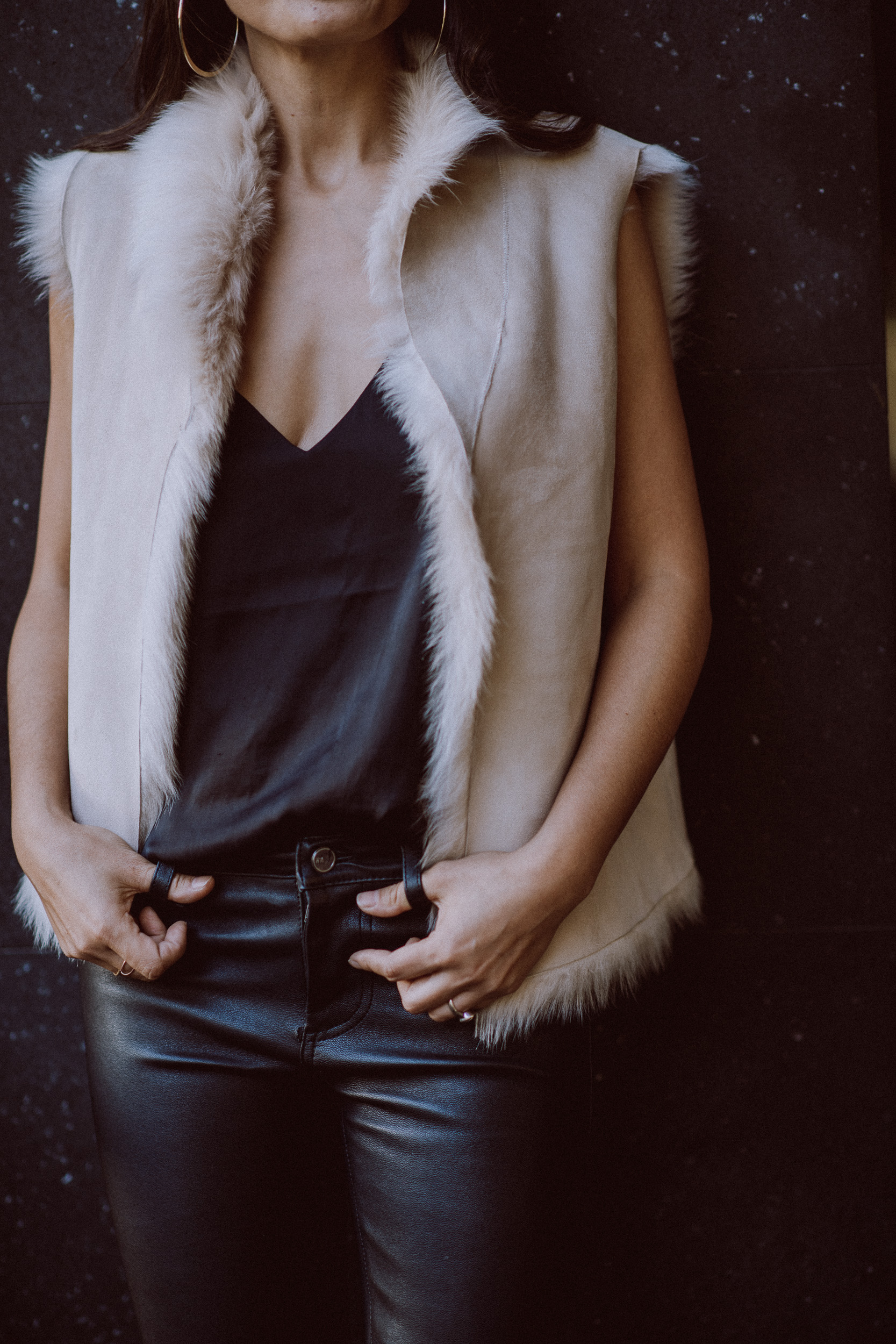 Was food a big part of your growing up?

Yes and no. The term ‘foodie family’ didn’t exist back then but my mum is an amazing cook and my dad’s brother and sister also married internationally so when we got together food was central. It still is.

Your new book The Desserts of New York (And How to Eat Them All) saw you taste-testing your way around the city. How was that experience?

So special. I made the trip with my husband and daughter while I was pregnant. We stayed with my brother and his girlfriend, and mum and dad were there with us for a while. After the birth of my little boy I had to go back to take additional photos. My best friend came and played nanny/wifey. Everyone chipped in.

There were times – mid toddler meltdown – that I asked my husband if I was putting too much strain on the family but he always said if we hadn’t done it then we might never have done it. Our kids can look back at the book and say, “That’s me in Mum’s tummy” or “That’s me eating donuts”.

Is it cool to see their palates develop?

Kids are so fickle. You can make the same meal back to back and one day they like it, the next day they don’t– but they’re both very fond of sweets. My daughter likes to bake with me and always plays at making cakes. She whisks, flattens off the measuring spoon, she has good technique. I don’t expect my kids to have the same interests as me but it’s a lovely thing to know know how to cook. To enjoy the simple pleasure of it. 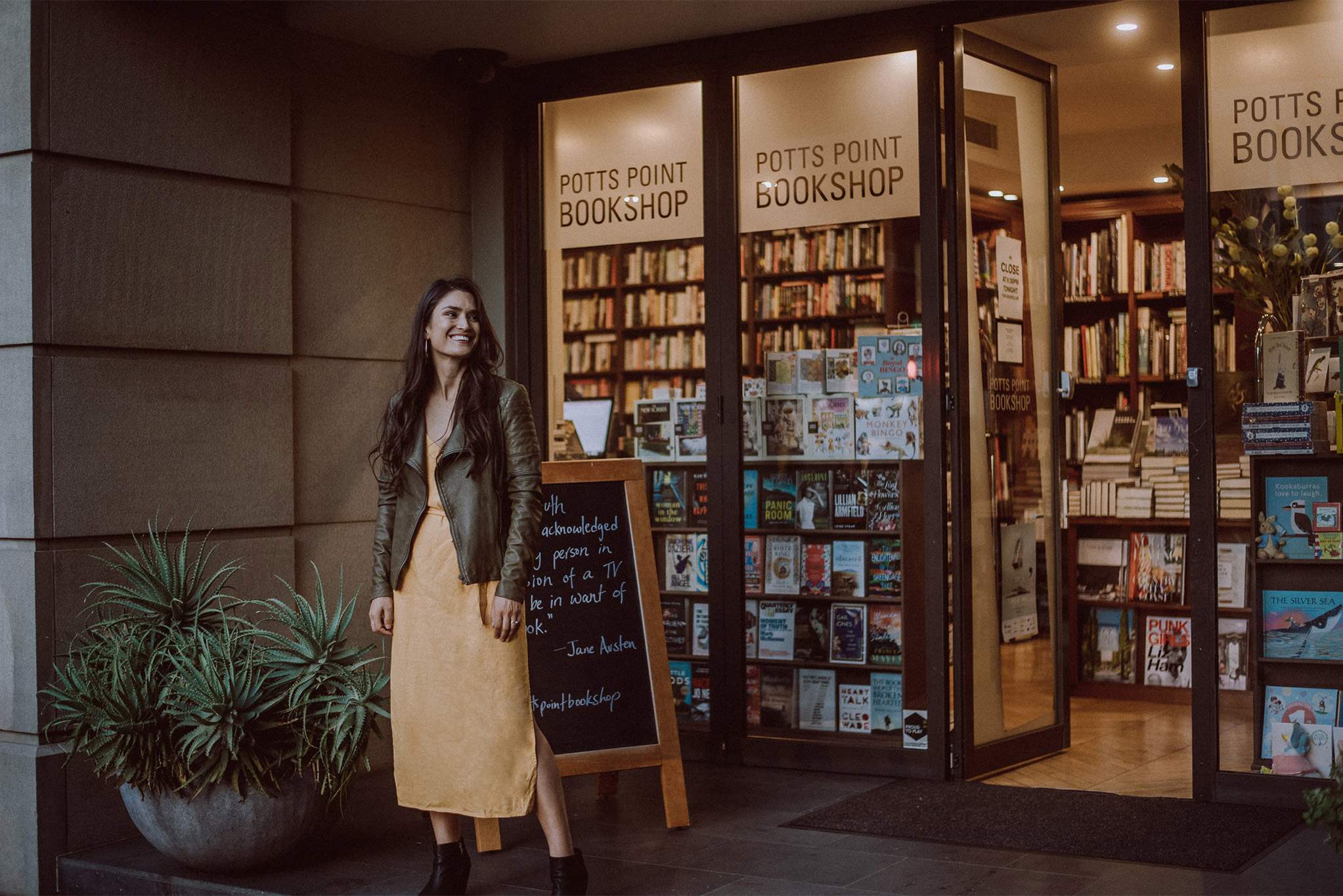 “There were times – mid toddler meltdown – that I asked my husband if I was putting too much strain on the family but he always said if we hadn’t done it then we might never have done it.” 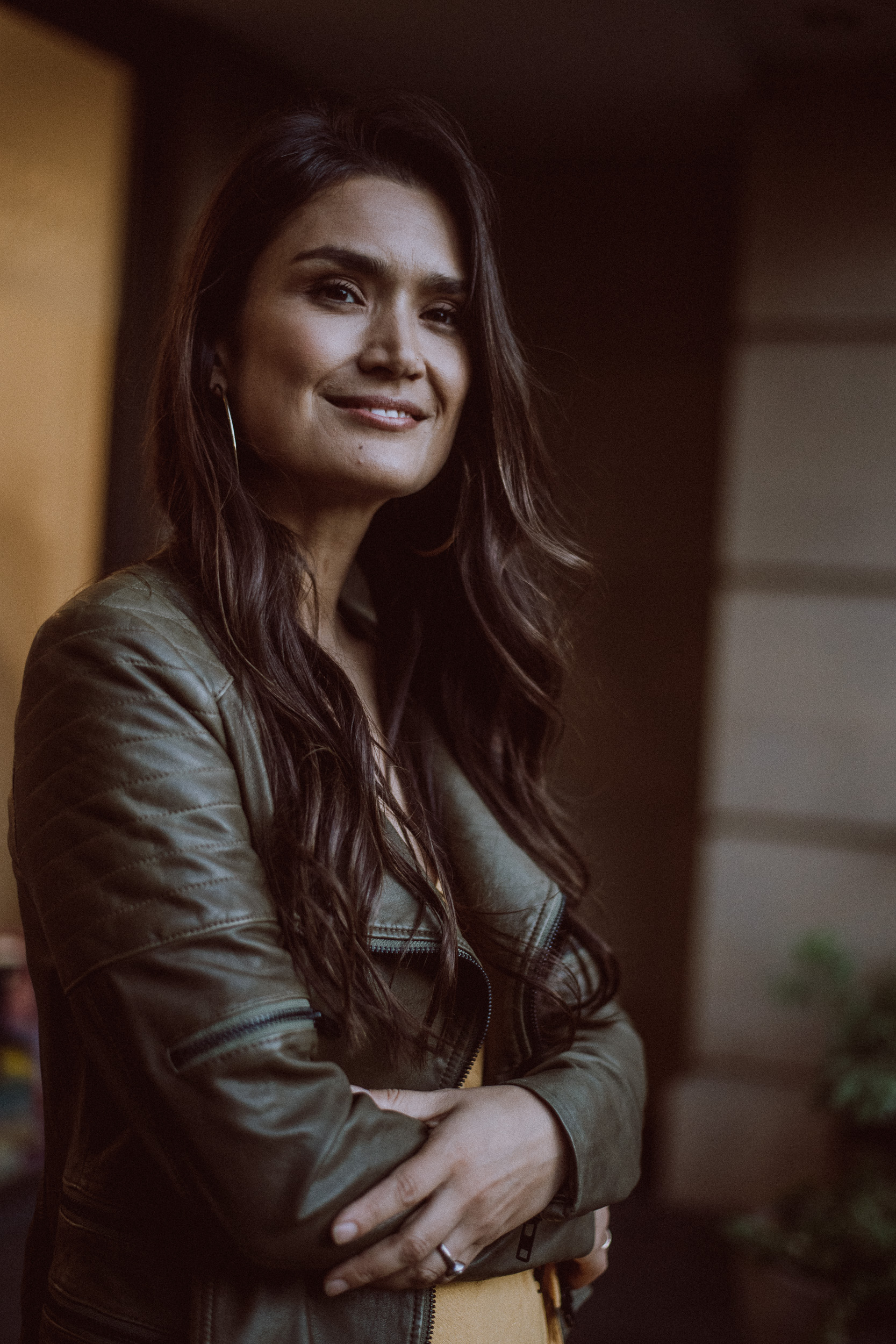 Do you have a go-to dinner on really crazy days?

Let’s not focus on that! But I bake almost every day so there is a constant flow of desserts in the house.

You develop recipes for SBS and Marley Spoon. How do you fuel that fire to create?

There’s a lot of tinkering. I could be doing something completely unrelated to food and catch something that sparks my interest. Then I drill down on that thing. If I want to make a cruller, for instance, I’ll look at how other people have done it, work out what I want to say and make three different versions.

Writer, photographer, recipe developer, presenter – you wear a lot of hats. Did you enjoy the process of creating your books?

Definitely. I took all the images in the Phillipines and New York, then worked with a dedicated food photographer and stylist to shoot the recipes. They have a skill in bringing things to life that I do not. I really enjoyed the process of going through a publisher. We have a great relationship and they bring so much expertise to the table. 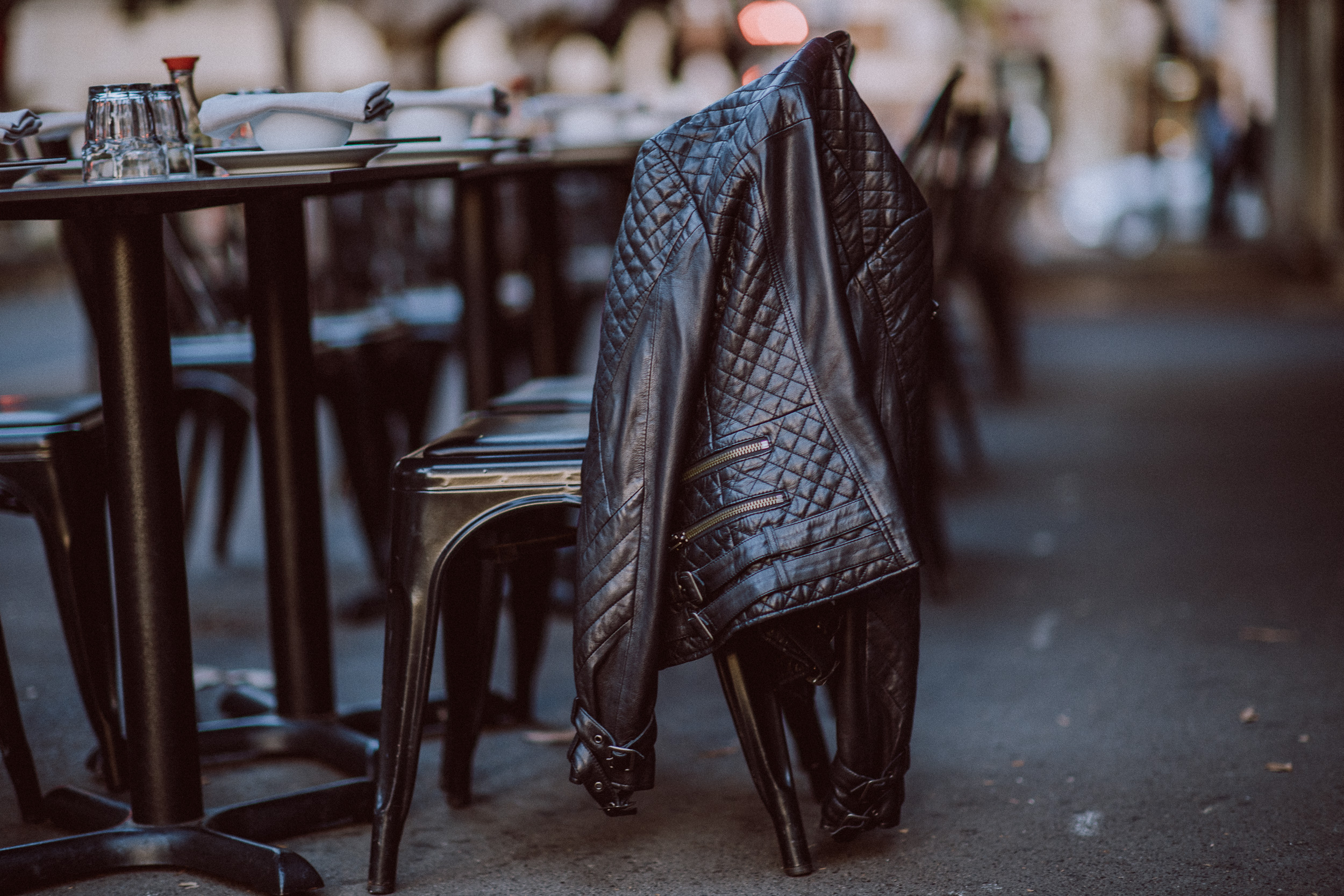 “I’m a tropical baby and really feel the cold, so I’ll wear my leather jacket over a beautiful dress in summer then layered like a blanket in winter. 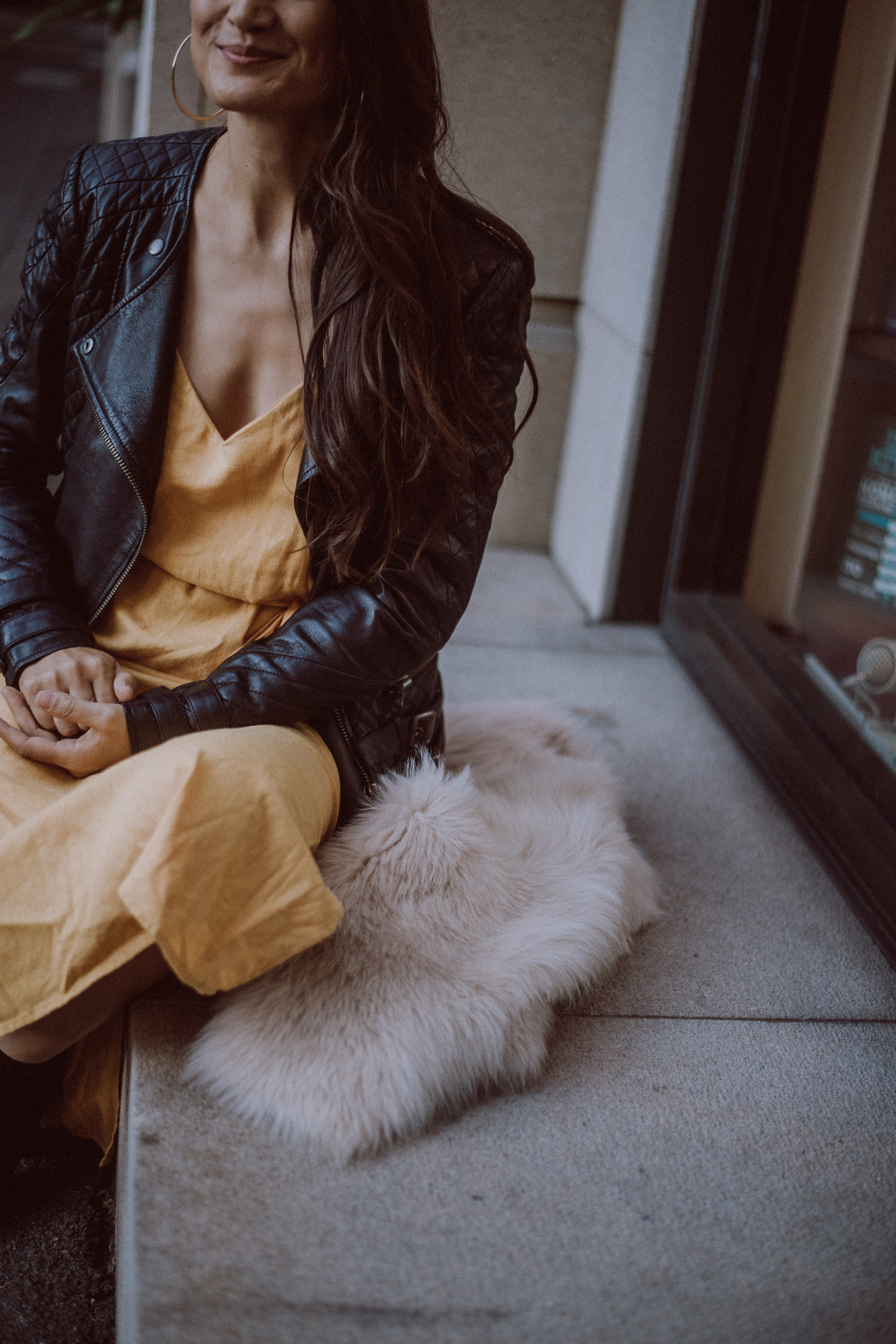 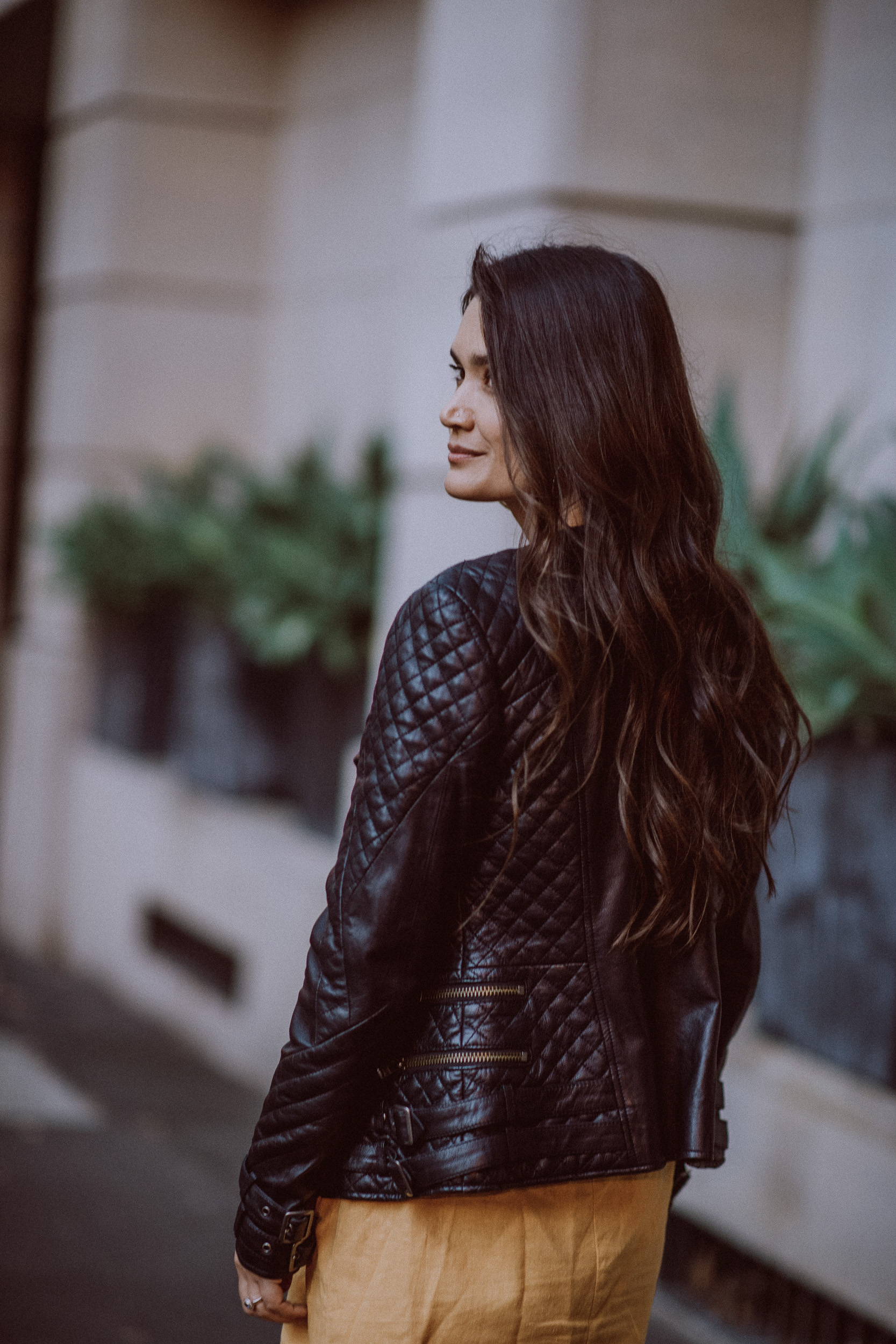 Being overseas, meeting people, getting to hear their stories. How was that?

Wonderful, I’ve always loved that about being a journalist. You get to ask as many questions as you want, really pull out the back story. Sometimes I find myself accidentally interviewing friends. Then I remember that it doesn’t work like that. They get to ask you questions too!

You’re based on the NSW Central Coast. What do you love about that lifestyle?

It’s not a place that I imagined I would love but my husband is a surfer so we were always going to be on the coast. Surfing to him is what cake is to me – the thing that brings pleasure and calm. We go out on the most glorious days, when I imagine a Sydney beach would be packed, and there are five people. World class views. You pinch yourself. Our community have all made the choice to change things up and move at a different pace. It feels like a secret club but at the same time I can jump on the train and be in Sydney in an hour.

Has living by the beach changed the way you dress?

I’m a functional person. I want to look nice but I also need to be comfortable. I commute from the coast to the city and the train is really cold so I always have extra layers to keep me warm. I love furry coats and really push the limits of when I can wear them, hanging on until the last days of spring. I also live in a leather jacket all year round. 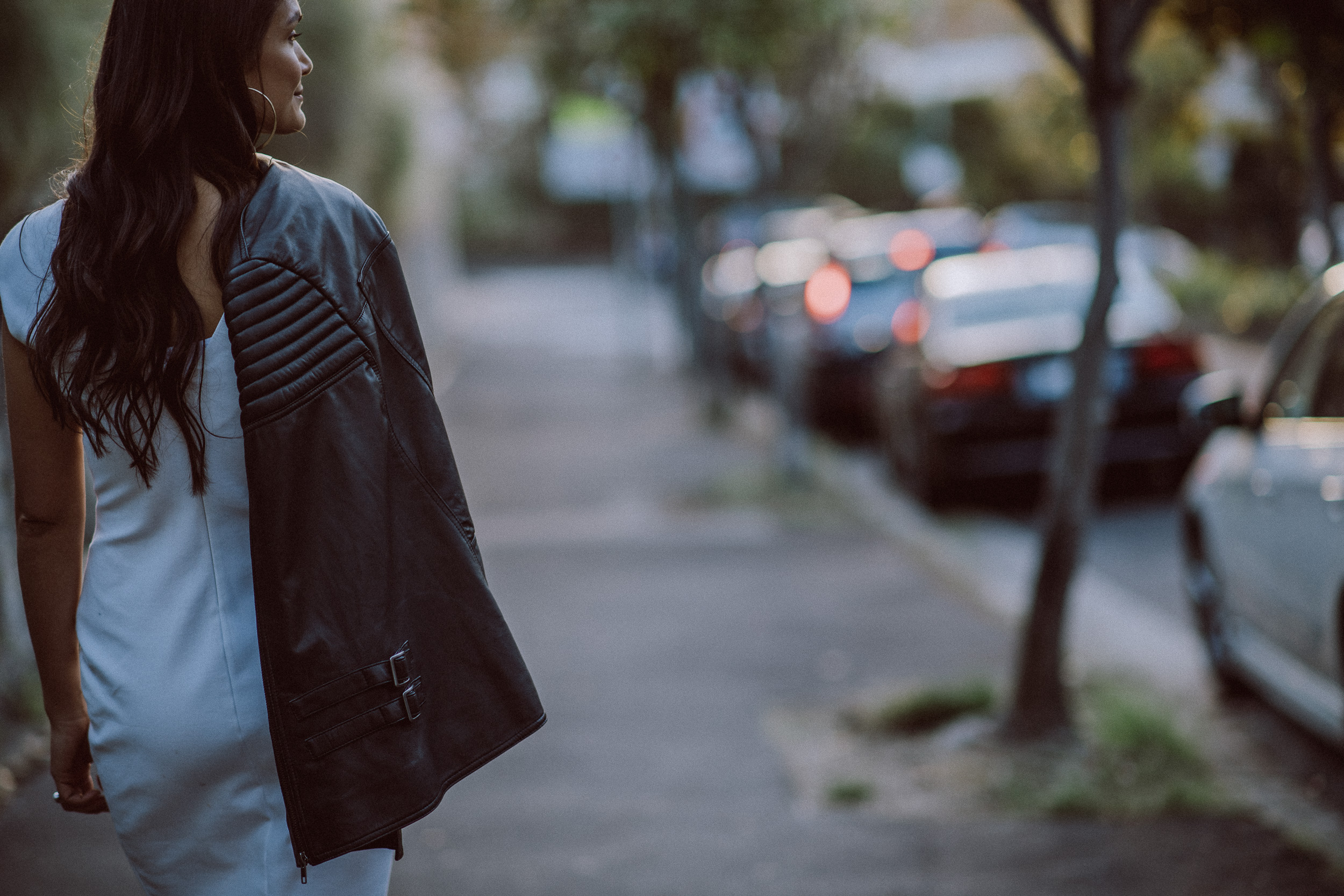 “Baking is therapeutic. The sift of the flour, the colour palette, the luscious ingredients, the pace – it’s meditative. 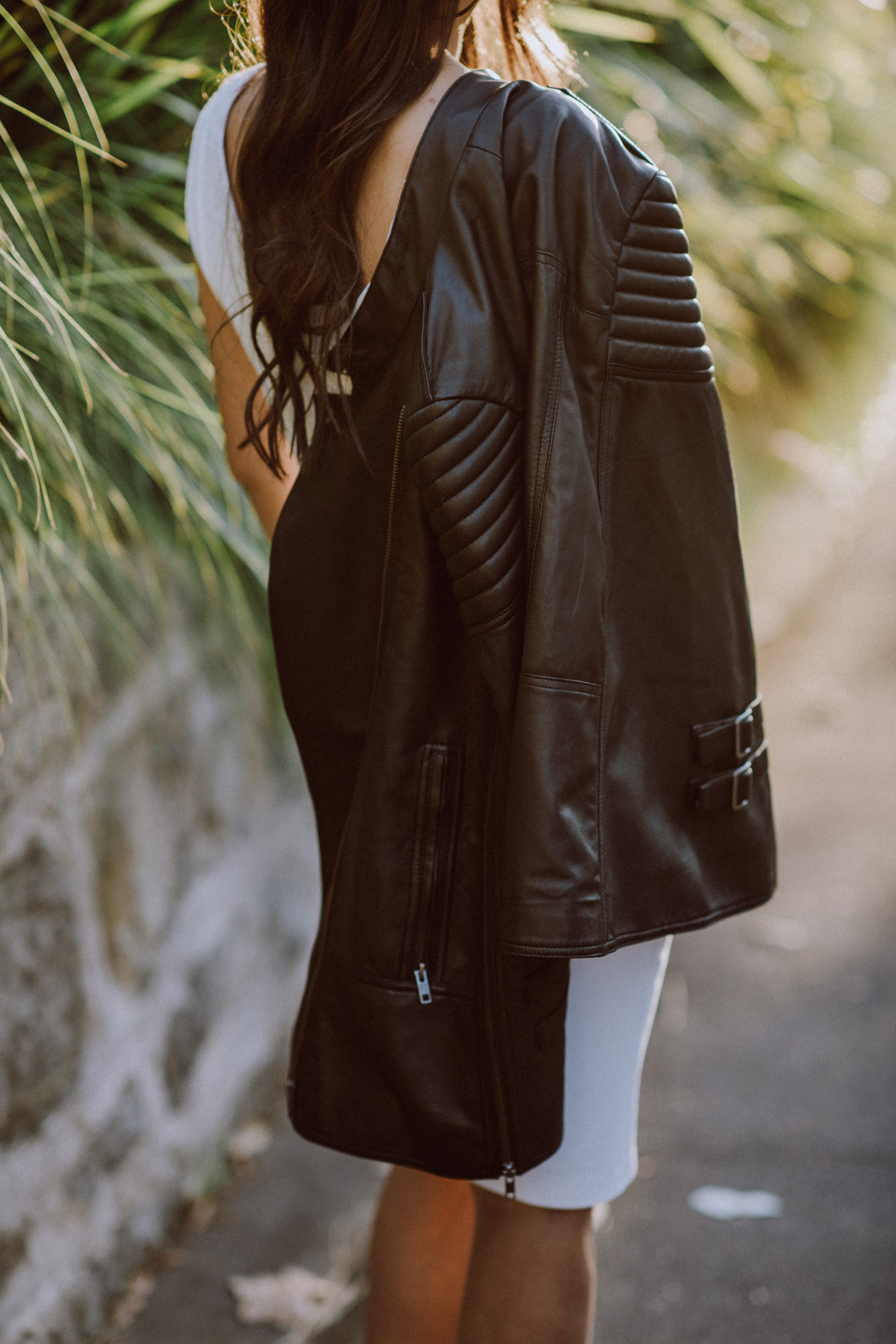 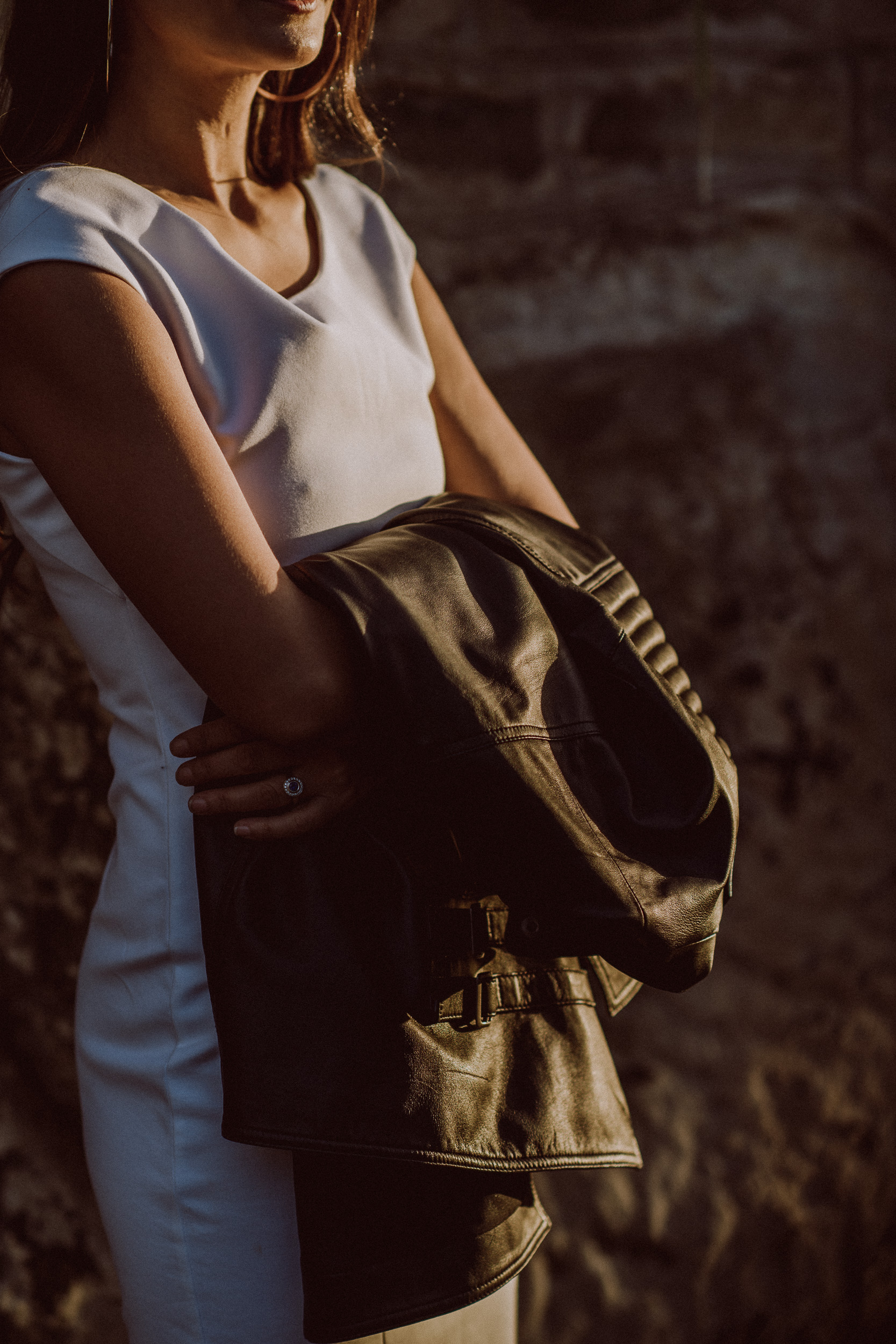 How does your West 14th leather make you feel?

Comforted. Protected. I’m a tropical baby and really feel the cold, so I’ll wear my leather jacket over a beautiful dress in summer then layered like a blanket in winter. I love the versatility. I’m not a fast fashion person. I get really attached to the things I love, the story.

What do you do to chill?

I eat! Baking is therapeutic. It’s precise and you have to concentrate but I’m practised at it so it’s not stressful for me. The sift of the flour, the colour palette, the luscious ingredients, the pace – it’s meditative. Other than that? Gabbing on the phone with my girlfriends. 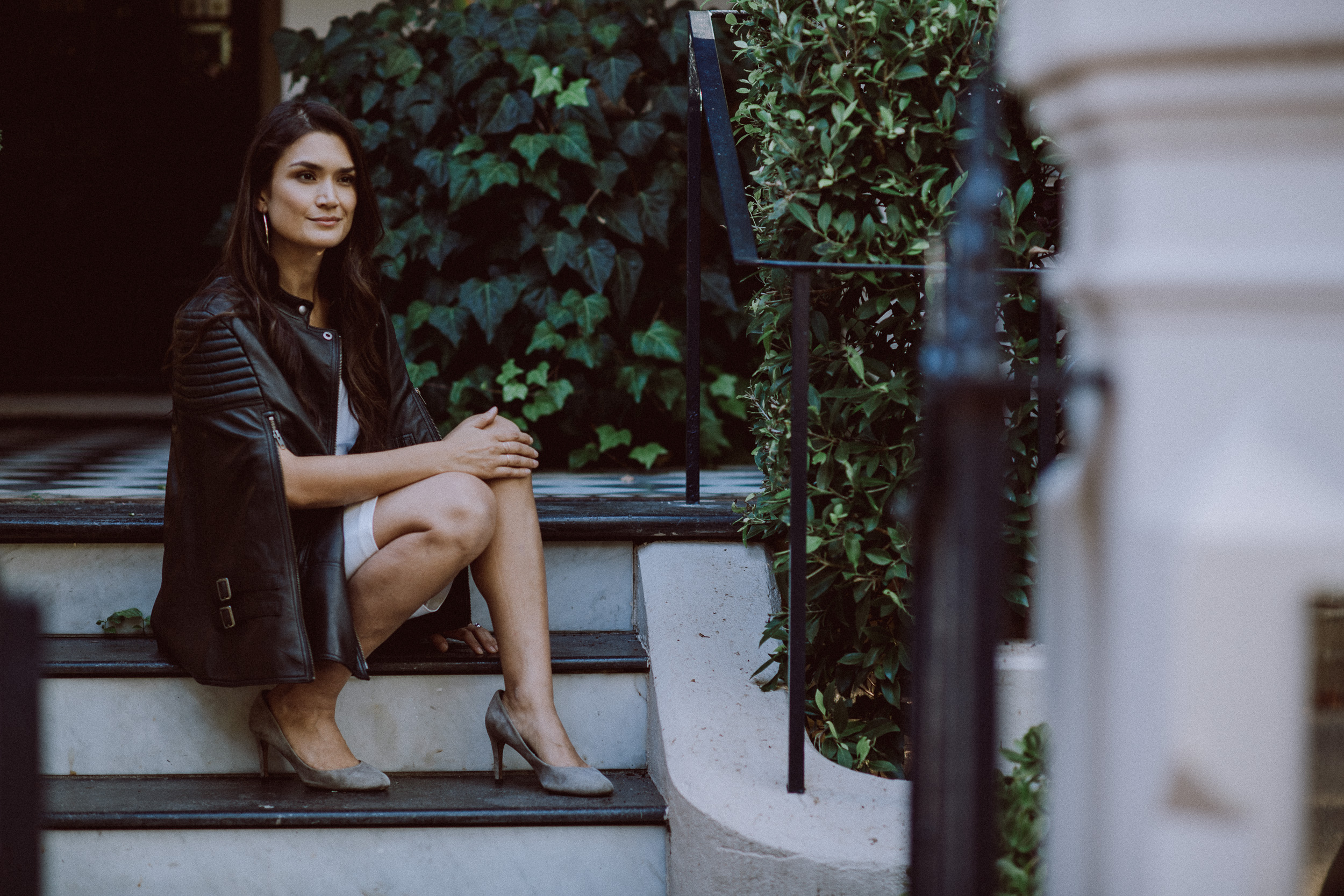 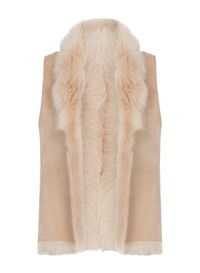 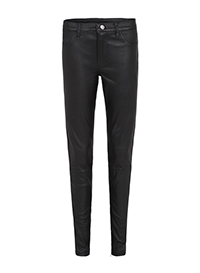 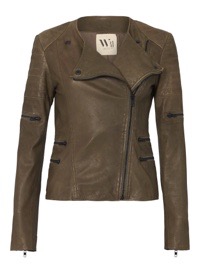 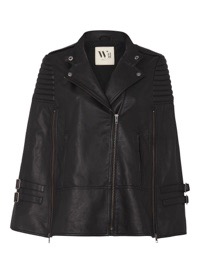 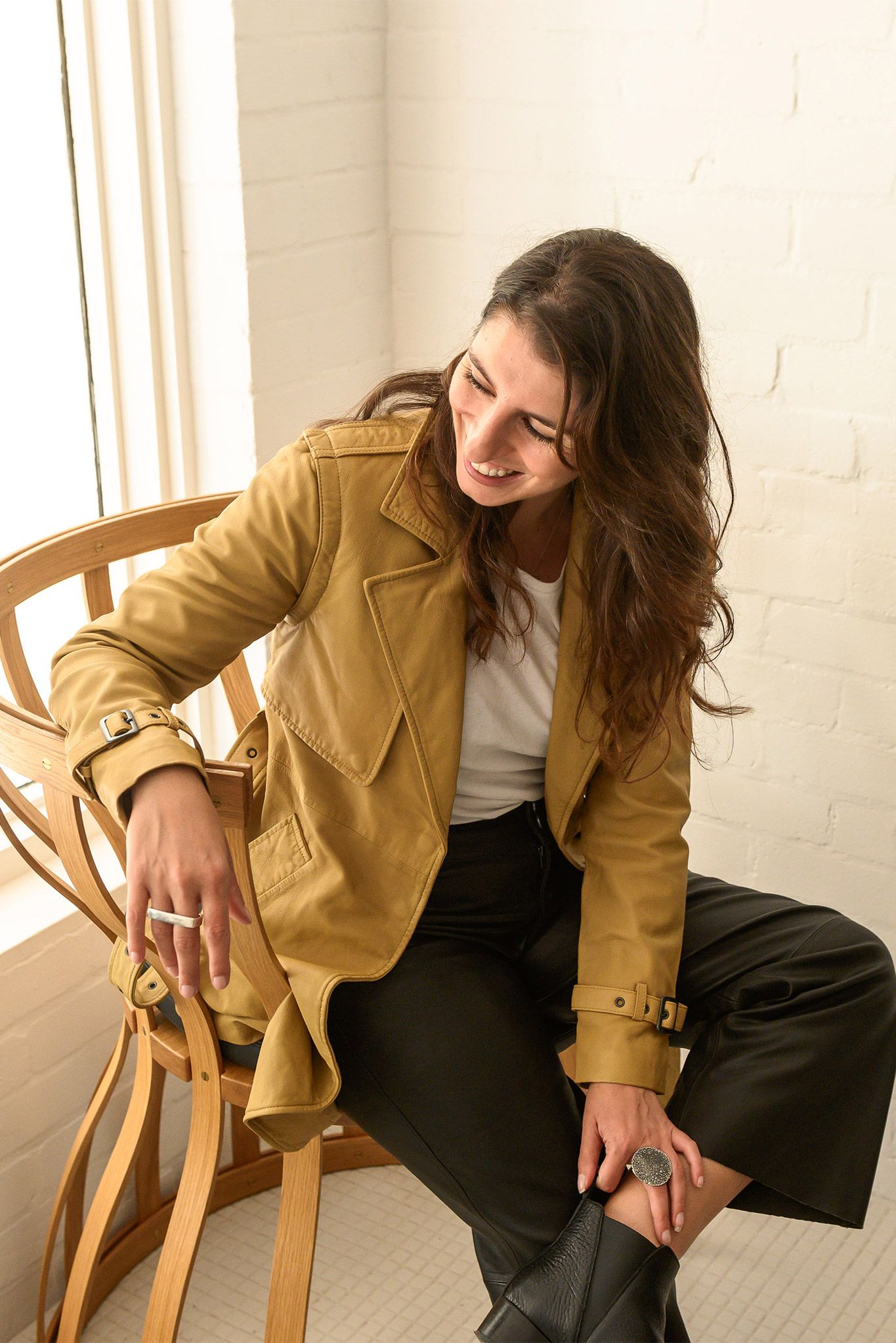 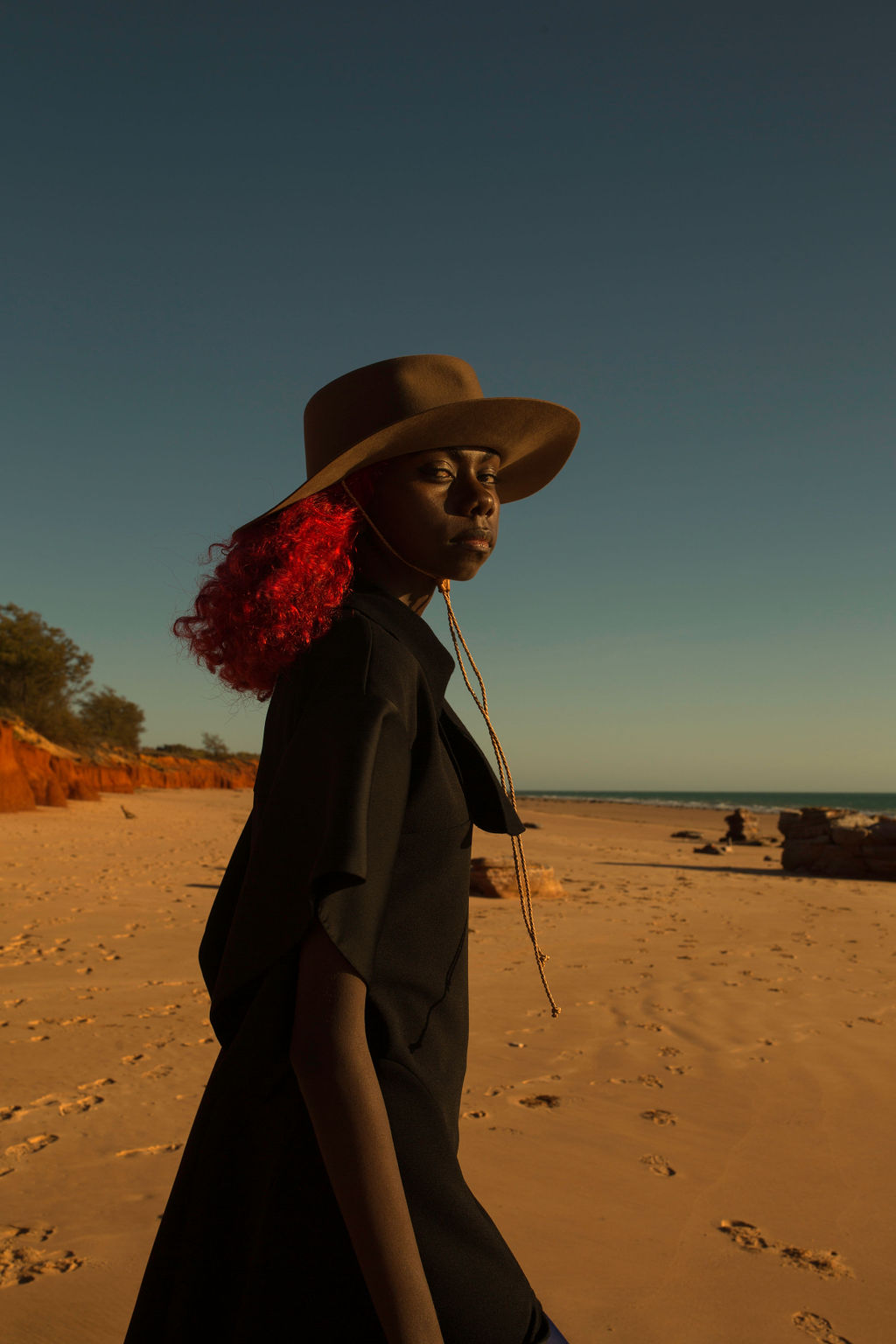 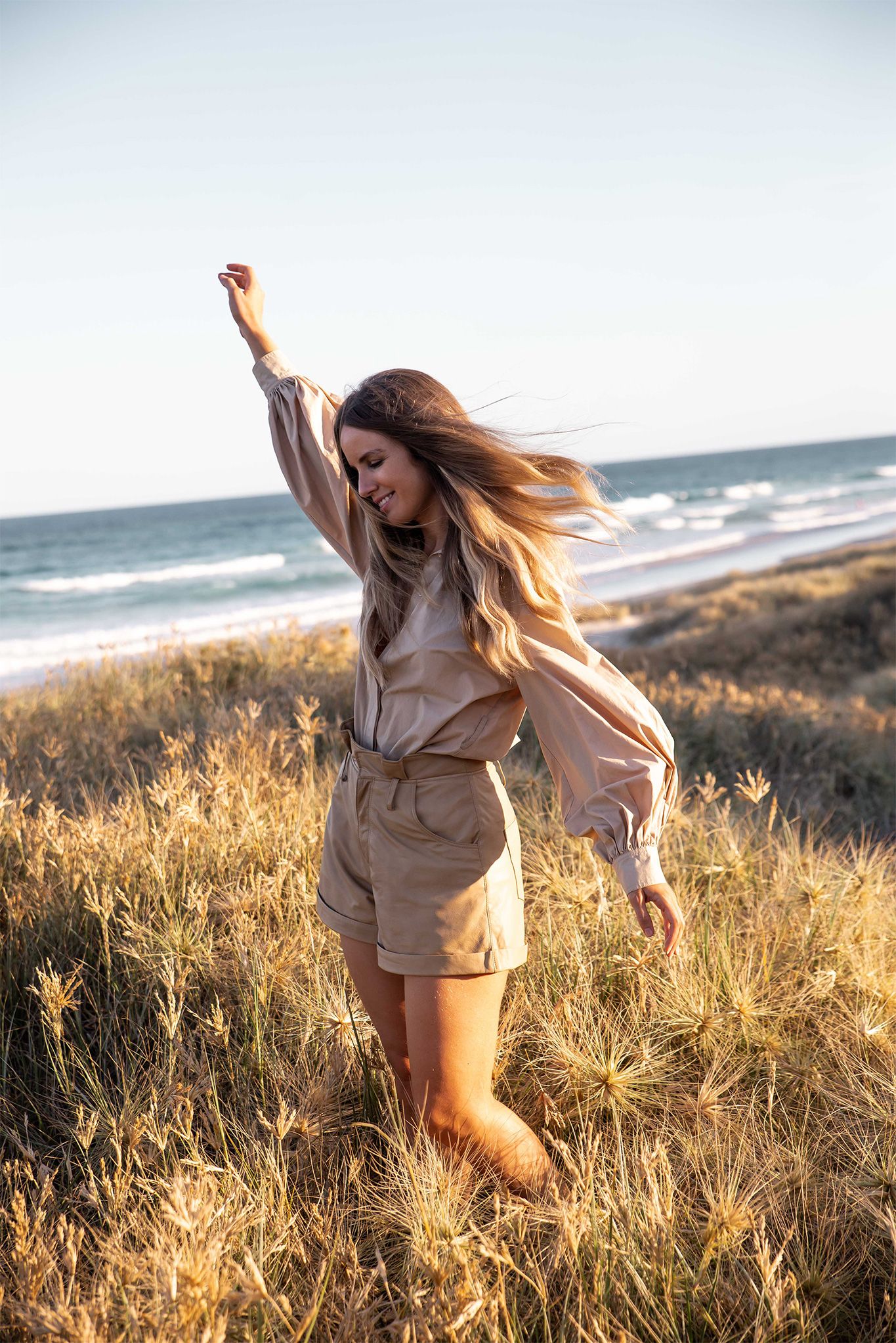